In stock
SKU
320A-1
Be the first to review this product
$9.95
Skip to the end of the images gallery 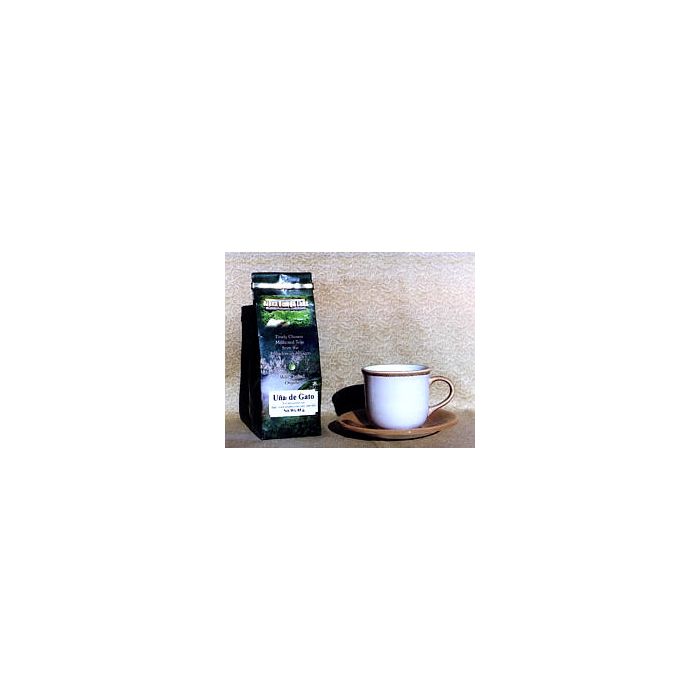 Summarized Description: Cat's Claw is one of our traditionals. The term "Cat's claw" is the common name for a several plants, so for the purposes of this page (and the representation of the product sold), it is meant to refer to the root and inner back of Peruvian U. tormentosa of the "pentacyclic variety," which is widely believed to be more medicinally active.

Leslie Taylor claims that "Cat's claw (U. tormentosa) has been used medicinally by the Arguaruna, Ashaninka, Cashibo, Conibo, and Shipibo tribes in Peru for at least 2,000 years" (1) -- a claim that Dr. James Duke finds dubious (2). In my work work with shamans, herbalists, and "curenderos" in both Ecuador and Peru, however, I can testify to its importance. One widely respected shaman and herbalist in Provincia de Napo who I became friends with in 2008 told me that few herbalists in his area of the Ecuadorean Amazon do not employ this plant as one of their tools for treating a wide variety of cancers.

Cat's Claw is powerful traditionals from the Amazon, used as a healing agent by the indigenous to treat a wide variety of health conditions (see below).

Professional herbalists will recognize this as a standard decoction.

Warnings / Contraindications: Despite a lack of in-depth studies, Duke states, "I think it as innocuous as coffee," adding a reference that "like other immunostimulants should be avoided in such immune disorders as HIV, MS, and tuberculosis." (3) Though widely used throughout the tribes that prize this plant, Duke also notes that Cat's Claw has not been shown to be safe for children and lactating or pregnant women. Also reported by Duke: "McGuffin et al. (1997) cite Ken Jones who contraindicates for patients receiving organ transplants or skin grafts, hemophiliacs prescribed fresh blood plasma; simultaneous administration of certain vaccines, hormone therapies, insulin, thymus extracts; not for children under 3 years. Gruenwald et al. (2000) warn of precipitous drops in estradiol and progesterone serum levels, following 8 weeks of use. Extracts prevent estrogen from binding to estrogen receptors on breast cancer cells. As of July 2007, the FDA Poisonous Plant Database listed two titles alluding to toxicity of this species." (4) Taylor's only cited contraindication is skin contact, which "may cause dermatitis and produce an allergic response." (5)

Ethnobotanical Dosage / Usage: Duke provides a "food pharmacy potential" score for this plant of, "FNFF=!" ("Survival food . . . questionable"). This makes sense as no one I have encountered in South America uses it as a food source. Kingberg notes that Cat's Claw is not even found in any register of Peruvian healing plants (despite its many, obvious medicinal properties), as it is regarded as a "religious plant" -- despite not being used as an entheogenic. (6)

[We don't recommending using this plant as a contraceptive. Cow's Foot is far more commonly used for this purpose.] Here are other ethnobotanical uses cited by Duke (8):