In stock
SKU
324H-1
Be the first to review this product
$4.95
Skip to the end of the images gallery 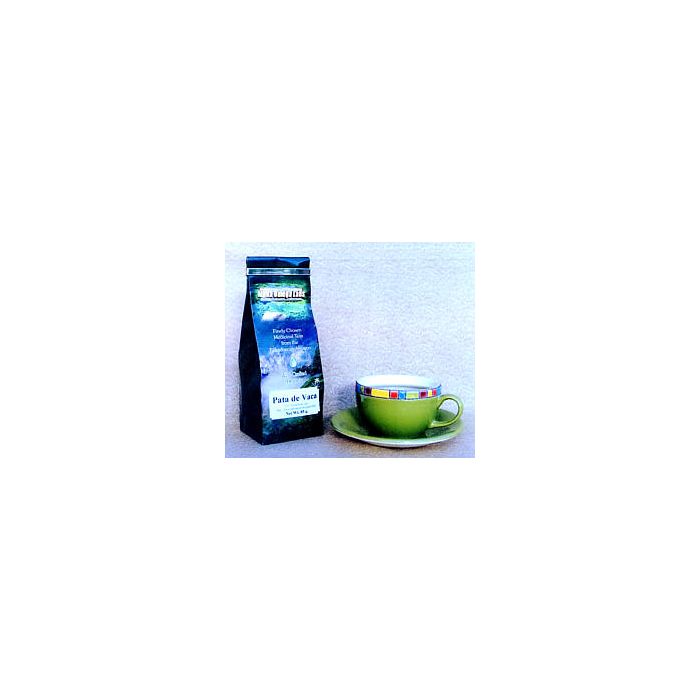 Summarized Description: Pata de Vaca (Cow's Foot) is one of our traditionals. It has been used for millenium as a contraceptive in both Meso and South America; however, it's most common use in the Ecuadorean Amazon is to treat what we would call "high cholesterol," diabetes, and kidney ailments.

Pata de Vaca is a commonly used traditional from the Amazon, used as a healing agent by the indigenous to treat a wide variety of health conditions (see below).

Professional herbalists will recognize this as a standard decoction.

Warnings / Contraindications: Duke notes that Pata de Vaca may "pontentiate other hypoglycemic drugs; contraindicated in hypoglycemia (RAI). Should be avoided in treatment of Tityus serrulatus scorpion envenoming, it may enhance venom lethality (X15507364). As of July 2007, the FDA Poisonous Plant Database listed two titles alluding to toxicity of this species.

Here is an additional ethnobotanical use cited by Duke:

Traditional Use As Contraceptive:

Although the native peoples I work with have made no mention of Pata de Vaca as a contraceptive, it figures so prominently in Duke's opening discussion of the plant that it bears repeating:

"I was amazed to hear from my Belizean friend, Rosita Arvigo, and my Peruvian shaman very similar folklore about a Mayan and an Amazonian Bauhinia species, respectively, 'This is an old remedy for birth control among Mayan women, now apparently almost forgotten. Prepared from a handful of vine that has been boiled in 3 cups of water for 10 min., a cup is consumed before each meal all during the menstrual cycle. It is said that this dose is effective for up to 6 months. Drunking this decoction during 9 menstrual cycles is said to produce irreversible infertility in woman.' That's quoted from Arvigo and Balick's (1993) great book, Rainforest Remedies -- One Hundred Healing Herbs of Belize.

But here's the story my Amazonian shaman recounted, independently, as we stood in the Amazonian rainforest of Loreto, Peru: "Mr. Duke, this is the icoja vine, which has a secret use among some of the Amazonian Indians, like the Huitoto Indians. If the woman takes a tea of the trunk at the beginning of her period, and drinks it three times a day throughout her period, it will prevent conception. Further, if she does the same thing for 6 periods, she will be renderred permanently sterile.' So, relatively unrelated Huitoto and Maya Indians, with unrelated languages, some approximate thousand miles apart, had evolved, perhaps empirically, pretty much the same sterility story about Bauhinia.