In stock
SKU
392-2
Be the first to review this product
$4.95
Skip to the end of the images gallery 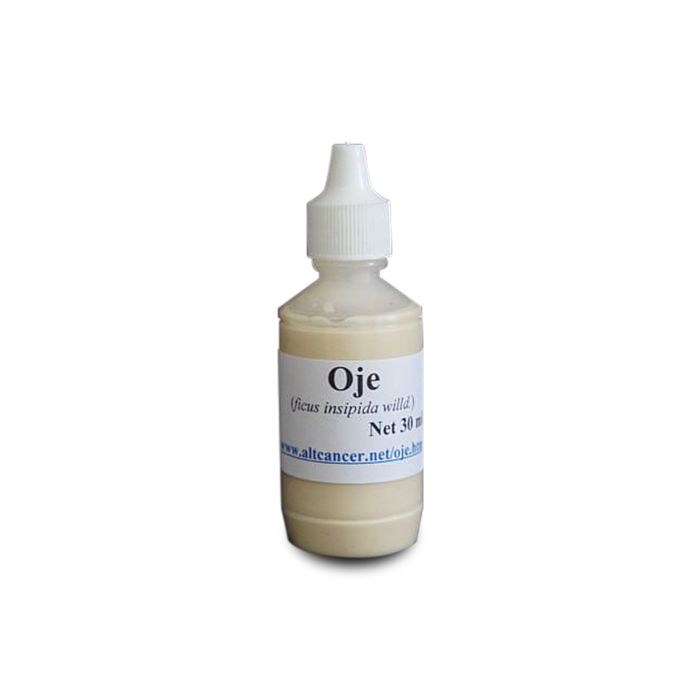 Summarized Description: Oje is one of the most important "medicines" used by the indigenous in the Amazon, because the area is unquestionably the most parasite-infested region in the world. If parasites are a concern to village people in the Peruvian Amazon, they can take papaya and/or zapallo seeds, along with various concoctions incorporating paico to get rid of the problem if it isn't severe. Oje is what you take when the problem is severe. The tree itself is majestic, but its humble beginnings intimate what it will eventually become : it starts as a climbing vine that clings to another mature tree, strangling it with time. Essentially, Oje -- when young -- makes its way to adulthood by being a parasite, only to provide one of the world's most potent deworming medications when it reaches adulthood. A member of the the Fig family, Oje is used for a wide variety of ailments, but none as vital, needful, or as frequent, as its use as a parasite killer.

Uses & Protocols: This product is a concentrated resin and the recommended dosage should not under any circumstances be exceeded. Local residents in Pucallpa take one Tablespoon for two to three days, depending on the degree of infestation. (The 30 ml. bottle we sell is sufficient for two days, or two dosages.) This one tablespoon (15 ml.) is mixed with the freshly-squeezed orange juice from two to three oranges.

Contraindications: As we stated previously, take the Oje precisely as indicated. Although not technically an abortifacient, do not use internally if attempting to conceive, are pregnant, or are lactating. No child under the age of 12 should consume this product. Duke notes the dangers of excess use( 1 ) :

"Latex caustic to the eye; dry latex oculo- and dermo-irritant; 10-15% solution has killed experimental cats, guinea pigs, and rats within 24 hours (JFM). Most of the 39 reported toxic reactions over a 12-year period near Pucallpa were probably due to overdose, defined as more than 1.5 cm(3)/kg, the recommended dose being 1 cm.(3)/kg.

Editor's Note: This is not the dosage for the concentrated resin]. In five cases toxic reactions occurred at the lower doses but were viewed as idiosyncratic reactions. All were children, and in two cases was severe reaction. Three fatal outcomes were observed in the 12-year period (estimated mortality 0.01-0.015%). Severe cases experienced cerebral edema. Treatment was osmotic diuresis with mannitol (started in 1996) (X15814256). Though traditionally used in Central and South America as a vermifuge, its use is not recommended due to high acute toxicity with hemorrhagic enteritis in addition to it being only slightly anthelmintic (X10363841).

Editor's Note: Our doctor / associate in Pucallpa indicates that local people swear by Oje. They say it works when nothing else will; although, as we state elsewhere, Paico is generally used first before resorting to Oje. If Paico doesn't work, then Oje is the "last resort."] As of July, 2007, the FDA Poisonous Plant Database listed one title alluding to toxicity of this species.

For more information visit the Oje (Resin) page on Altcancer