In stock
SKU
322A-1
Be the first to review this product
$4.95
Skip to the end of the images gallery 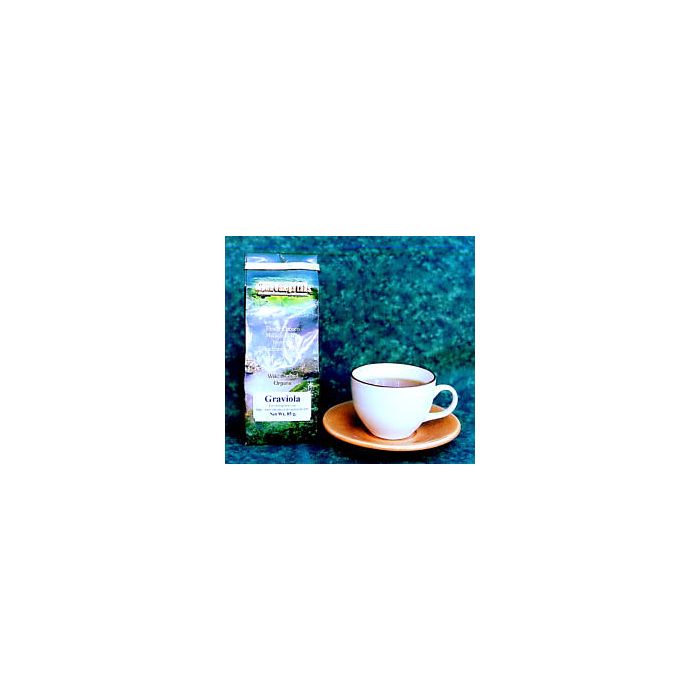 Summarized Description: Graviola (called "Guanabana" in Ecuador) has been well-publicized for its anti-cancer properties. We first reported on it in 2001 when the Health Sciences Institute ran an article entitled, "Billion-dollar drug company nearly squashes astonishing research on natural cancer killer." (Note: it is the position of orthodox medicine that graviola has no proven anti-cancer properties. Our position is neutral, and we merely report the ethnobotanical use of the product and the findings of independent researchers.)
In 2008 we introduced AO Oleander Graviola Blend as an adjunctive tonic with the nerium-based, cancer-fighting preparation, amvirzel. We are now introducing it as a tea, as it is one of the most pleasant tasting tonics we've ever encountered.

Graviola, a close relative of cherimoya (Annona cherimola), is a fruit tree that grows from Mexico to Peru. Although better known for its fruit ("soursop") is powerful traditional from the Amazon, used as a healing agent by the indigenous to treat a wide variety of health conditions (see below).

Professional herbalists will recognize this as a standard infusion.

Duke's warnings are more succinct: "Repeated consumption could cause the neuronal dysfunction and degeneration underlying the West Indian parkinsonian syndrome (X11835443). As of July 2007, the FDA Poisonous Plant Database listed 16 titles alluding to toxicity of this species." (3)

Here are other ethnobotanical uses cited by Duke (4):

For more information visit the Graviola page on Altcancer.net