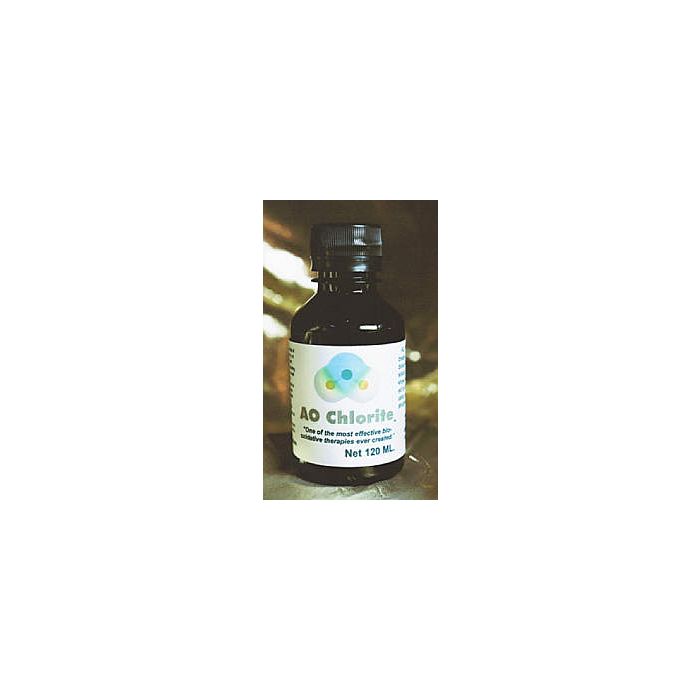 Sometime in June of 2006 I was approached by a close friend of Jim Humble, a man who had recently relocated to Mexico and had spent several years researching the benefits of chlorine dioxide. The medical effects of ClO2 are well-established and have been used by various medical practitioners around the world for well over a century. Because of its threat to orthodox medicine -- (after all, the broad spectrum of pathogenic organisms that chlorine dioxide will take out obviates the need for entire categories of high priced antibiotics, virucidals, anti-malarial drugs, etc. . .) What authorities found most threatening about Jim Humble's message, however, was not the product it revealed. It was the message itself.

You can make the product yourself -- in 3 minutes -- using either USP-grade sodium chlorite you purchase directly from a chemical supply house, which you cook into a preparatory solution with just water . . . or you can purchase the solution pre-made. Either way, it's quite inexpensive. What's more -- it's very effective. I had a chance to speak with Jim directly a few times before Cathryn and I left for Ecuador. The political intrigue that has followed him since he made his discovery and conducted highly successful clinical tests in Africa is the stuff from which Hollywood movies are made. But don't expect anyone in the mass media to tell Jim Humble's story any time soon. No . . . make that any time --- ever! Instead . . . we recommend that you discovery the benefits yourself and then you'll have your own story to tell.

A word of caution: The effects of MMS -- (which we sell under our trade name, AO Chlorite -- the same 28% sodium chlorite solution that Jim tells you how to make in his book) -- are very dosage specific. The first time I prepared the product personally, I used 5 drops in a teaspoon of apple cidar vinegar. That was too much. I ended up flat on my back for an entire afternoon because the Herxheimer effect from the microbial die-off was more than I could comfortably handle.

Its medical properties as a powerful pathogen killer -- among bacteria, viruses, and parasitic amoeba -- are well-known. Properly taken, chlorine dioxide stands within the ranks of other powerful, oxidating microbicidals, some of which we have written ourselves on this site, including hydrogen peroxide and ozone (as found in Quikheal).

What Jim Humble recommends -- and I can see his point -- is that you start out using just one drop, prepared by adding just a half to one full teaspoon of vinegar -- and then gradually increase the dosage, depending on the condition you are attempting to self-administer. We recommend that you purchase the book, "Breakthrough: The Miracle Mineral Supplement of the 21st Century." by Jim Humble, before it is banned -- just like the product itself is currently reported as being banned in certain countries.

My introduction to MMS (Miracle Mineral Supplement) came through a very close friend of author, Jim Humble, who produced "Breakthrough: The Miracle Mineral Supplement of the 21st Century." Available for just $9.99 from Amazon, I believe it one of the most important books to come into the alternative health care community in years -- this, despite the fact that the book has a folksy, almost "dumbed down" feel to it that will cause some conservative, conventional practitioners to wince. The style, however, is clearly conceived so that no one can complain that they don't "get it." (This, my friends, is the "Dummy's Guide to Cheap, Effective Bio-Oxidative Therapy.") After speaking with Jim by phone in 2006, I began investigating his claims before Cathryn and I left for Ecuador -- and although Humble's delivery and product claims may seem hyperbolic, we have found in working with variations of MMS that the bulk of what he says stands up well to scrutiny. Amazingly, the bulk of Jim's work is just common sense applied to hornbook chemistry. After all, the properties of chlorine dioxide (Cl02) and the manner in which it is quickly created with aqueous sodium chlorite are well-established. Its medical properties as a powerful pathogen killer -- among bacteria, viruses, and parasitic amoeba -- are well-known. Properly taken, chlorine dioxide stands within the ranks of other powerful, oxidating microbicidals, some of which we have written ourselves on this site, including hydrogen peroxide and ozone (as found in Quikheal). We ourselves chose the name AO Chlorite -- because, although more esoteric to those unfamiliar with the chemistry, it is more accurate. (The product name, MMS (Miracle Mineral Supplement) gives the impression that it is a mineral that acts as the curative agent -- when, in reality, it is the oxidative process initiated by the oxygen side of the ClO2 molecule in the finished preparation). In addition to its availability on Amazon, Jim Humble's book can be purchased from the book's dedicated website -- and the product itself has been available in 4 fl. oz. bottles from an associate site. Among the many people I have met in this business, I have yet to meet a more selfless, tireless individual -- whose focus is empowering ordinary people with yet another simple cure that has been sitting under our noses for well over a century. Word about what this product is and what it does is going to cost Big Pharma untold billions before it's all over. What to do? . . . with all these hundreds of thousands of people worldwide who already know what sodium chlorite solution is, what it does, how to make it, how to use it, and how it has been suppressed?

Coordinated Attempt to Ban ClO2 Use?

On September 30, 2008, we received an email from Dennis Richard -- who reported that the governments of both Australia and Canada had moved to ban MMS (which is identical in its content and preparation as AO Chlorite. We will keep our customers appraised of developments concerning the legal status of sodium chlorite solutions for medical use. Recommended Video Shorts on "MMS" There are excellent video shorts on YouTube dealing with various aspects of aqueous solution of sodium chlorite (i.e. MMS ... or AO Chlorite). We recommend viewings of the following -- all of which are educational on the subject -- before they, too, are banned from the internet. How to Prepare Your Chlorine Dioxide -- Preparing the chlorine dioxide is remarkably simple. Nonetheless, some people like a quick "show me" so that they feel more confident in using the product themselves. In this 7 minutes presentation, wherever you hear "MMS," know that "AO Chlorite" is the very same thing. So preparation instructions would be the same. MMS, Jim Humble and the Miracle Mineral -- This is a quick 2:50 minute video (text and background music only) acts as a quick primer as to the history of the product and its discovered uses. A Conscientious (Medical) Doctor Comments on MMS -- An informed medical doctor in Tijuana, Mexico (Dr. John Humiston) speaks about the positive benefits of MMS (i.e. AO Chlorite) in this 4:45 minute interview, and the political impediments preventing its broader medical use. The video ends with a recommendation to purchase "Understanding MMS" from the website, phaelos.com. Highly recommended. Dennis Richard's MMS Story -- Dennis tells his personal story in this 3:52 minute presentation. First person narrative style. My Experience with MMS for Lyme Disease. In this 4:37 minute video, as well as a follow-up (4:57), Connie Strasheim discusses her experiences using MMS. She has other advise on her personal YouTube Channel. She doesn't paint it as a cure-all, but is very objective in her portrayal. Nonetheless, she indicates that everyone she knows who has used it has experienced at least some positive improvements in their symptoms. Her experiences (of which MMS is just a part) in dealing with Lyme Disease are summarized in her new book, The Lyme Disease Survival Guide. Many more videos exist on both YouTube and Google Video on this very important subject. Most of them can be accessed by entering "MMS" into the search field.